GEATOP has been involved since 2012 as part of the ITER project, the most ambitious and complicated nuclear fusion research project to date, considered the clean energy of the future.

The road to nuclear fusion is still long: the first ignition of Iter is expected in 2025, the experimentation of which will end in 2035 when 10 times more energy than that invested to start the fusion process itself will be obtained; the next step will be the construction, in 2050, of Demo, the last experimental reactor that will be built to definitively approach the construction of production reactors scheduled for the second half of the 21st century.

Also in Italy we are proceeding with experimentation in the field of nuclear fusion, through the construction of a mini reactor whose results will be decisive for the operation of Iter and Demo; this reactor, called “Dtt”, will be built in Frascati, and its design phase is currently underway.

Also in this case GEATOP is and will be in the front row, having been chosen, as a leading company in the field of metrology in the nuclear fusion field, for the realization of all the procedures and technical specifications concerning dimensional control.

The search for a new clean energy source is certainly essential, but GEATOP's commitment is not limited to contributing to these ambitious projects; through its work, in fact, it provides support to industries operating in this sector, and not only, to reduce waste related to the manufacture of various components.

The metrological control applied from the very early stages of the project and throughout the production chain allows to reduce non-conformities and consequently the reworking that would produce waste, also in terms of energy.

Also, GEATOP is increasingly involved in automation projects, through which the risk of errors and waste is further reduced.

To demonstrate this, Andrea Pellegrino, technical director of GEATOP and head of the research and development department, and Luca Peruccio, Project Manager of GEATOP and project manager of the nuclear fusion sector, were invited by Hexagon to Las Vegas as part of the "Hexagon Live Global" international event to hold a conference in which they were able to illustrate some cases of automation application on the Iter project, fully capturing the spirit of the event organized by Hexagon whose commitment to the creation of an autonomous world capable of reducing the waste was confirmed by the president and CEO Ola Rollen in the introductory Keynote of the event.

Andrea Pellegrino and Luca Peruccio, representing GEATOP, thus had the opportunity to bring the name of Saluzzo to the United States, enjoying success for the technologically innovative nature of the solutions illustrated. 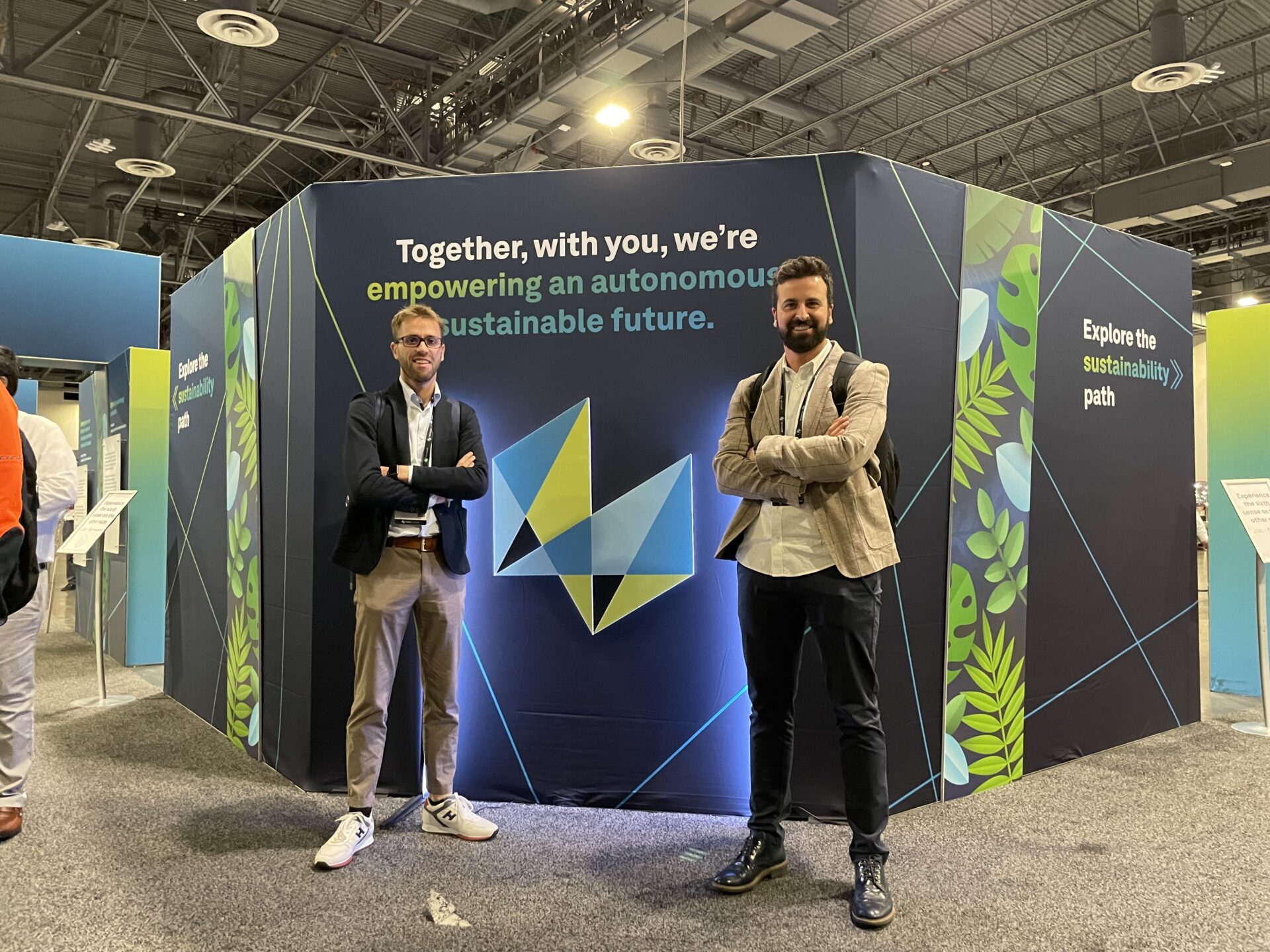